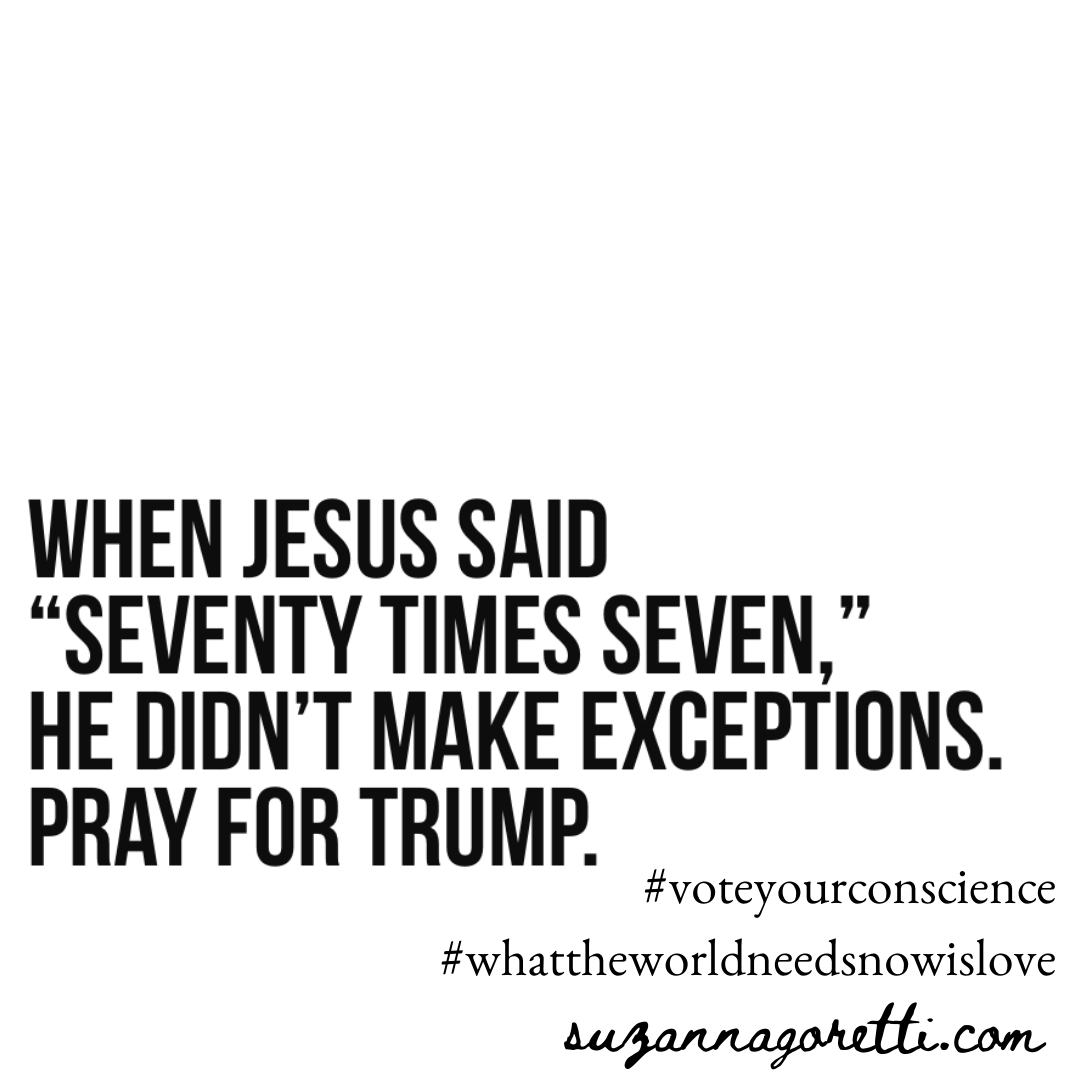 “Peter approached Jesus and asked him,
“Lord, if my brother sins against me,
how often must I forgive?
As many as seven times?”
Jesus answered, “I say to you, not seven times but seventy-seven times.
That is why the kingdom of heaven may be likened to a king
who decided to settle accounts with his servants.
When he began the accounting,
a debtor was brought before him who owed him a huge amount.
Since he had no way of paying it back,
his master ordered him to be sold,
along with his wife, his children, and all his property,
in payment of the debt.
At that, the servant fell down, did him homage, and said,
‘Be patient with me, and I will pay you back in full.’
Moved with compassion the master of that servant
let him go and forgave him the loan.
When that servant had left, he found one of his fellow servants
who owed him a much smaller amount.
He seized him and started to choke him, demanding,
‘Pay back what you owe.’
Falling to his knees, his fellow servant begged him,
‘Be patient with me, and I will pay you back.’
But he refused.
Instead, he had the fellow servant put in prison
until he paid back the debt.
Now when his fellow servants saw what had happened,
they were deeply disturbed, and went to their master
and reported the whole affair.
His master summoned him and said to him, ‘You wicked servant!
I forgave you your entire debt because you begged me to.
Should you not have had pity on your fellow servant,
as I had pity on you?’
Then in anger his master handed him over to the torturers
until he should pay back the whole debt.
So will my heavenly Father do to you,
unless each of you forgives your brother from your heart.”

We are in a difficult time in our history right now. In the midst of violence, natural disasters, and an election with unprecedented levels of intrigue, anger and fear is sharp, and it is so easy to let it get out of control and flare out at those closest to us. Never before have I witnessed an election so completely divisive and violent, even when it is only words(and unfortunately it is not always only words.)

Today, in one of my many Facebook groups I saw this meme:

I hope your immediate reaction is horror. Mine was, tinged with a little bit of disbelief. My stomach grew nauseous as I scrolled through the comments. This group of supposed Christians had no qualms at wishing such evil on a man because he is their enemy. I say that as someone who is terrified of Trump and pleads with God to protect us from another year of him, while praying(although not as often as I should) for his well-being.

Fittingly though, in this Sunday’s readings Jesus asks us to forgive. Megan Hjelmstead, in Sunday’s Blessed is She reading talked about how in order to forgive, really forgive, we have to understand the depth and the width of the wound we are suffering. Jesus is not asking for a toxic positive “just forgive,” Jesus is asking for a hard labor of love forgiveness that you have to DO, over and over again.

Peter asks before today’s gospel, “how many times should I forgive” Jesus’ answer is “seventy times seven times.” Seven is the number of fullness, so that means we should forgive an infinite number of times. Maybe this election calls for this infinite type of forgiveness, but with a heavy dose of understanding the wound.

Trump is guilty of some horrible things. He is implicated in some even more horrible things. It is not wrong to be angry at the magnitude of destruction and hatefulness that exudes from him. Scripture tells us, “Be angry, but do not sin.” It is, in fact, POSITIVE to be angry, it allows us to work towards justice. Many of us believe that working towards an end to Trump’s presidency is the right thing to do, and if that is what we believe then that is what we must do.

When does anger become wrong then? The priest at a new Church I tried this Sunday put it well, “When anger consumes you; or begins to surpass your reason, it turns into wrath.” We also see that in Scripture, Jesus asks us to love our enemies. Commenters on the post I saw were saying awful things and some even said things like “I would need to go to confession.” To wish that kind of evil on someone, even someone who had wronged us deeply, which for many, Trump has; is very, very wrong. The desire for Trump’s presidency to end, for many, is a desire to keep other people safe, maybe even your own family, is different than desiring his death, and especially death by suicide.

It is natural to want harm to come to someone who has hurt us, but Jesus asks us not to. Even in the psalms, King David prayed for bad things to happen to his enemies. It took Jesus coming down to earth for us to learn a different way of handling them. After the most violent death imaginable, hanging above the earth with blood literally pouring down His body, Jesus cried out in prayer for the ones who killed Him.

This is not an easy task Jesus has given us, but the passage above reminds us that we have been forgiven great things as well, and who knows maybe even greater than what our enemy(whether that be a presidential candidate for you or someone completely unrelated.) There is no exception to this rule. Know and understand the wound you have, how deep and how wide, do what you can to keep it from happening again, but LOVE your enemy.

Here is a prayer to say for those who you struggle to forgive:

Jesus, when you were on the Cross in excruciating pain, you cried out for Mercy-not for yourself, but for those who had put you in pain. Help me to pray for those who have hurt me with the selflessness, courage and boldness that you had. My heart is angry and hard sometimes when I think of what I have been through, please enter into this hurt and heal it. Jesus, shower down your grace on my own heart and on theirs. May you bring about peace between us, and/or the boundaries and protections we need to keep us safe. Thank you for loving us even as we struggle, help me to forgive as you did, but please forgive me when I struggle to. Jesus, I love you. Amen.