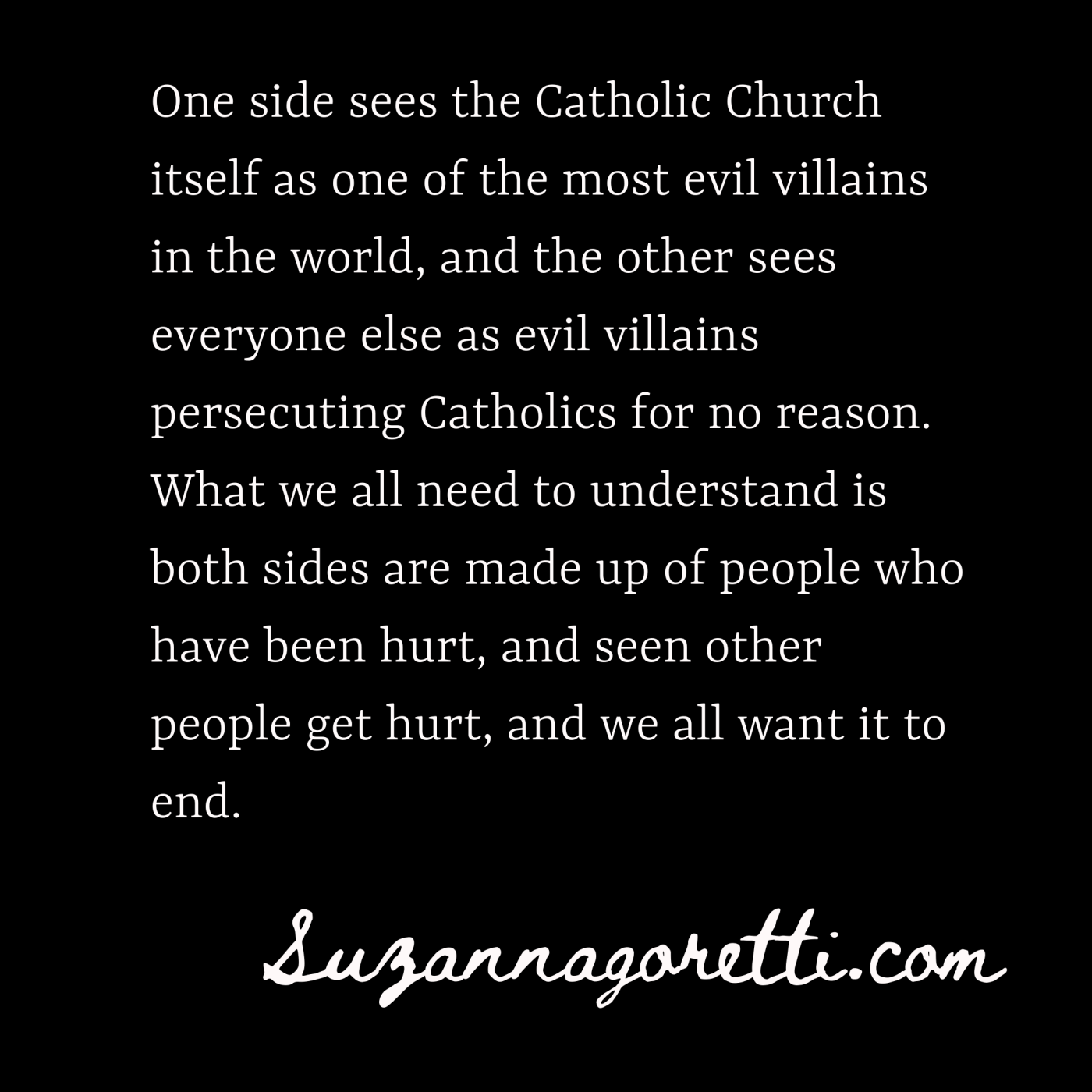 Today, there is darkness surrounding the Catholic Church. The term is on the lips of everyone conservative or liberal, but for wildly different reasons. One side is posting the associated press article saying that the Catholic Church lobbied for money during the Coronavirus payout and received 1.4 billion dollars. The other is angry about the same article. Catholics are calling out discrimination, while the other side believes they are calling for justice by crying out against them. I wanted to take a minute to address both sides.

First of all, to those who read the Associated Press article. There are some problems with the way this topic was addressed. Catholic dioceses are responsible for so many schools, churches, charities, and more. They need money to keep all of those things going. Several Catholic mothers that I know were talking about increases in tuition by $1000 a month, panicking about how they were going to afford to send their kids to school. Catholic programs where I live distributed food to help those who could not afford any during the quarantine. Ideally, the funds received by Catholic dioceses would help these people.

It is also important to note that the dioceses are not connected. “The Catholic Church” did not receive 1.4 billion dollars-if that were to happen that would have meant it got paid to the Pope, which is not what happened and would not. The money was requested by and distributed to specific parishes and dioceses according to their need. All churches were opened for this, not just Catholics. In other words, the phrasing of the article would be like combining all of the small businesses under an organization that is meant to help them work together and saying that the organization received a lot of money because specific businesses did.

However, for the Catholics who are blowing off this article, there are issues present in the Catholic Church that are legitimate concerns present in this article. The journalist asserts that 11 million dollars was given to a West Virginia diocese that he says just got sued for embezzlement. That is a legitimate thing to feel wrong about. The author is using it to make it seem like the entire organization is evil like this and that’s where all of this money is going, which I do not believe, but it is important to realize that there have been some very intense revelations about misconduct dealing with money by authorities in the Church, who now have large sums of money, and that is a legitimate thing to challenge. It’s also important to note that many dioceses may still have debt left from the sex scandal that is not that far in the past. That memory is in people’s minds already creating doubt about how they would use money. I will clarify that there are stipulations on the loans they received(based on the article loans not grants, which I think is an important distinction) that they are forgivable, but only if the money is used for rent, wages, and utilities. If the money is used for those things, then the needs I discussed above would all fit into that, which I think would put everyone’s concern at rest.

The article above was released yesterday, but even that is in the aftermath of people calling out racist tendencies in some priests. In fact, just a couple of weeks ago my family and I endured an hour long sermon that berated those who are fighting against racism and basically said they are working for the devil himself. I am not excusing persecution in any way, but I have to admit that I could see how even a good person could be incredibly angry and discriminatory against Catholics if this is all they are being exposed to.

I know what it feels like to want to get rid of the Catholic Church. I have been through a lot of pain at the hands of authority figures and I have watched other authorities cover it up, and worse been made fun of by other Catholics for my trauma. By the grace of God, I have met some beautiful people who have supported me in my belief that the evil happening in the Church does not belong to the Church but to people doing wrong in it. However, when Catholics rage about how unfair it is that people talk bad about them, I think it is important to realize there are real reasons for people to be angry at the Church, and we need to show these people that that is not who we are.

As Catholics, we need to realize that there is a lot of anger out there about the Church and it is not all unjust anger. There have been some grievous sins committed by people who appear to be the face of the Church, and have made it seem like it is a dangerous organization. That is a terrifying kind of anger to cope with, and there are many people feeling it. These people should be approached with compassion, humility, and understanding. I think sometimes we jump to accusations of discrimination instead of remembering that people do have legitimate anger and sadness towards us. My hope in writing this is that this would help to relieve this divide that I am observing today. One side sees the Catholic Church itself as one of the most evil villains in the world, and the other sees everyone else as evil villains persecuting Catholics for no reason. What we all need to understand is both sides are made up of people who have been hurt, and seen other people get hurt, and we all want it to end.

Pray that discrimination will cease, but also pray for those who have suffered severe wounds from Church leaders who have not lived according to what the Church is meant to stand for, and from other members of the Church who have not been kind to them.